A Friday fixture under lights heads an exciting weekend of football for those in the North.

Western Springs host Auckland United at Seddon Fields (7.15pm) to launch a weekend in which the Northern League and Lotto NRFL fixtures pitch games at both ends of the various league tables.

Our neutral’s guide to the weekend

Here’s our tips for the most entertaining games of the weekend:

With a 7.15pm start, and floodlit atmosphere, it should get the weekend off to a flying start.

Both clubs are making early claims for a spot in the Northern League’s top-four that leads to participation in the National League, and this game at Shepherds Park could be vital when end-of-season rankings are finalised.

At the opposite end of the division, Ellerslie host Bucklands Beach at Michaels Ave with both sides winless and having conceded 42 goals between them this season.

Here’s the chance for one of them to grab three points and give themselves a lifeline as they scramble to avoid the drop to Division 2.

In the women’s Premier Division, runaway leaders Western Springs will protect their 100% winning start to the season with a home game against second placed Northern Rovers. 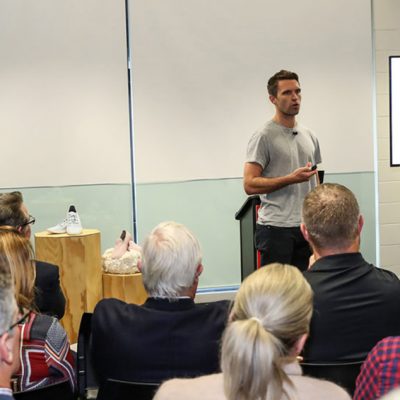 Former All White Tim Brown could soon be at the helm of a multi-billion dollar...