Friends of Football have postponed their reunion for players and others who took part in games a touring Manchester United squad in 1967.

The postponement has been necessary following the move to alert level 4 to combat the spread of COVID-19 in New Zealand.

While the restrictions of alert level 4 could potentially be lifted in time for the event on Wednesday August 25, the event organisers believe it’s best to delay the function.

Those who have been invited to the event will be advised of the new arrangements once a date has been confirmed. We will also advise the new date on this website.

Manchester United – considered the best club team in the world at the time – played Auckland at Carlaw Park and New Zealand at Christchurch’s English Park in May 1967.

Friends of Football will host a gathering for those who faced Manchester United so they can share their memories with our members and guests.

The event will be held at Auckland United’s clubrooms at Keith Hay Park, Auckland.

Doors open at 6pm and the formal part of the evening will commence at 7pm. A cash bar will operate.

There is no admission for members of Friends of Football but they need to register to attend by emailing info@friendsoffootballnz.com.

Admission is restricted to our members and invited guests.

We have tried to contact all living members of the Auckland and New Zealand teams who took part in the matches.

Surviving team members who have not heard from us can contact us at info@friendsoffootballnz.com. We would love to see you at the function. 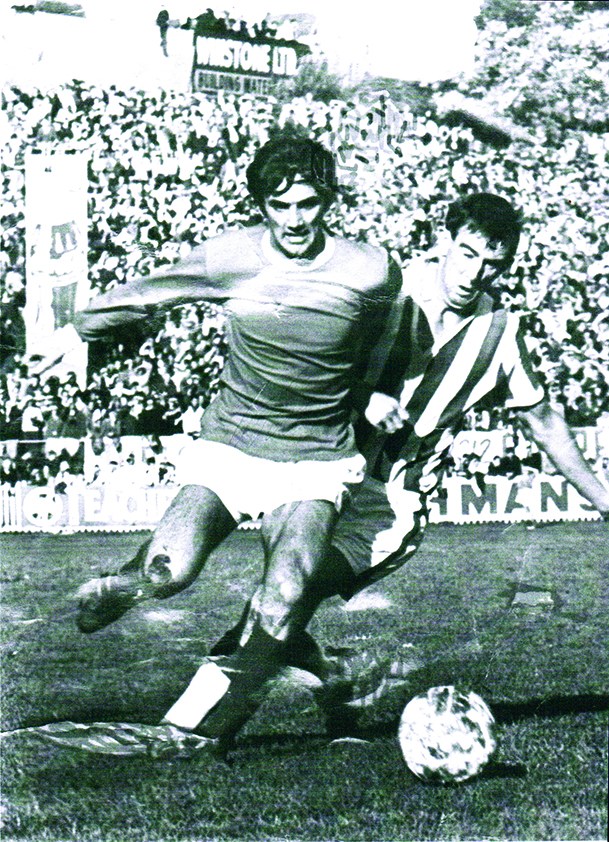 The games were easy wins for Manchester United who beat Auckland 8-1 before demolishing New Zealand 11-0.

But they were milestone events for a sport that had struggled for public attention in a rugby-crazed country.

The NZ Football Association had initially rejected the notion of accepting Manchester United’s offer to tour because they feared they would not recoup the $3000 match fees.

However more than 25,000 packed into Auckland’s Carlaw Park for the first game and despite appalling weather, about 10,000 turned up at English Park for the midweek Christchurch match under floodlights.

The matches helped to ignite an enthusiasm for football that led to the creation of the first national league only three years later.

The tourists were at full strength, bringing all their star players to New Zealand. United arrived as English champions and went on to win the European Cup the following season.

Here’s the line-up in the Auckland match programme: 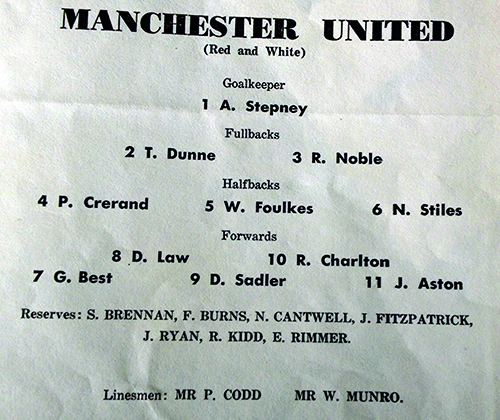