It’s not often a goalkeeper will celebrate conceding a goal but Auckland City’s Enaut Zubikarai is making an exception, thanks to Barcelona great Lionel Messi.

Eight years ago, Messi scored for Barcelona against Real Sociedad despite Zubikarai almost managing to turn the shot wide of the goal.

This week, Zubikarai (36) received a special package from Messi — a presentation pack of a Budweiser beer, specially labelled to acknowledge the 644 goals scored by the diminutive forward, a goalscoring record that has surpassed that of the Brazilian great, Pele.

Zubikarai conceded goal number 335 of that total and received a bottle with the 335 label. He joined 119 other goalkeepers around the world, all of whom received their own packs from Messi and Budweiser.

Some ‘keepers received as many as 17 or 18 bottles to recognise the number of Messi goals they conceded.

At the start of the current ISPS Handa Premiership season, Zubikarai stepped down as the number 1 at Kiwitea Street, becoming the club’s goalkeeping coach. He now shares his experience and skills with Auckland City ‘keepers Cam Brown and Conor Tracey.

Click here for more about Zubikarai and his Budweiser award >>>>

Here’s the goal that Messi put past Zubikarai on February 12, 2014, to add the Auckland City ‘keeper to Messi’s list of goalkeeping victims. Click on the following image to see the YouTube highlights – Messi’s goal features between 0.38 and 0.51seconds: 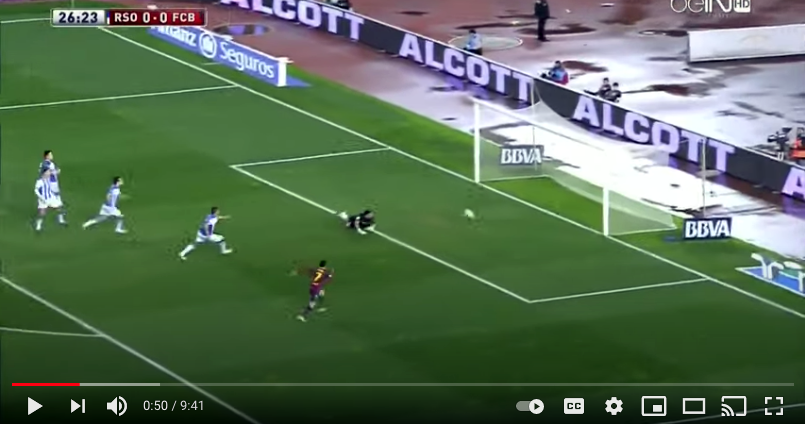