Team Wellington’s Hamish Watson showed football fans why he’s the leading goalscorer in this year’s ISPS Handa Premiership with one of the season’s best goals – a long-range effort at Auckland City’s Kiwitea Street.

Trailing 3-0 to City, Watson got the ball just inside his opponent’s half with less than 20 minutes to go.

He quickly summed up the opportunity and struck a perfectly-weighted shot from 50 metres to score what turned out to be his side’s only goal.

Auckland City’s 3-1 win on Waitangi Day gives the Navy Blues a six-point lead in the competition, and they remain favourites for the Grand Final on March 14. 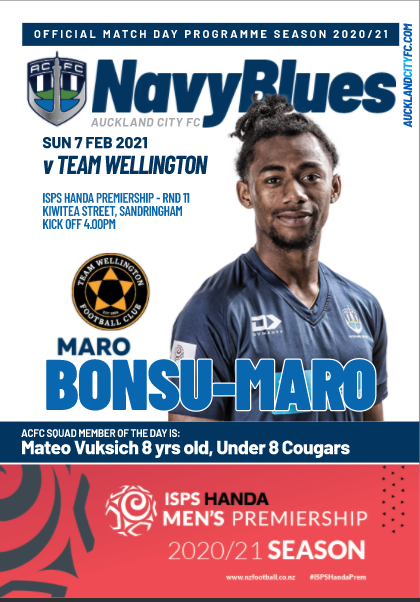