All Whites coach Danny Hay gave Friends of Football members and their guests an entertaining and informative evening at a function held at Auckland’s Western Springs clubrooms.

It’s the second time the national coach has been the guest of Friends of Football, using the opportunity to share his plans and efforts on behalf of the national team.

The event was originally to be held in March but was postponed due to Auckland moving to COVID-19 alert level 3.

Hay and assistant coach Darren Bazeley were interviewed by MC and broadcaster Andrew Dewhurst for 90 minutes, and they shared football stories from their past, gave an update on national team plans and spoke passionately of their desire to help the team perform.

Friends of Football thanks Hay and Bazeley for making themselves available, and the Western Springs FC for being excellent hosts. 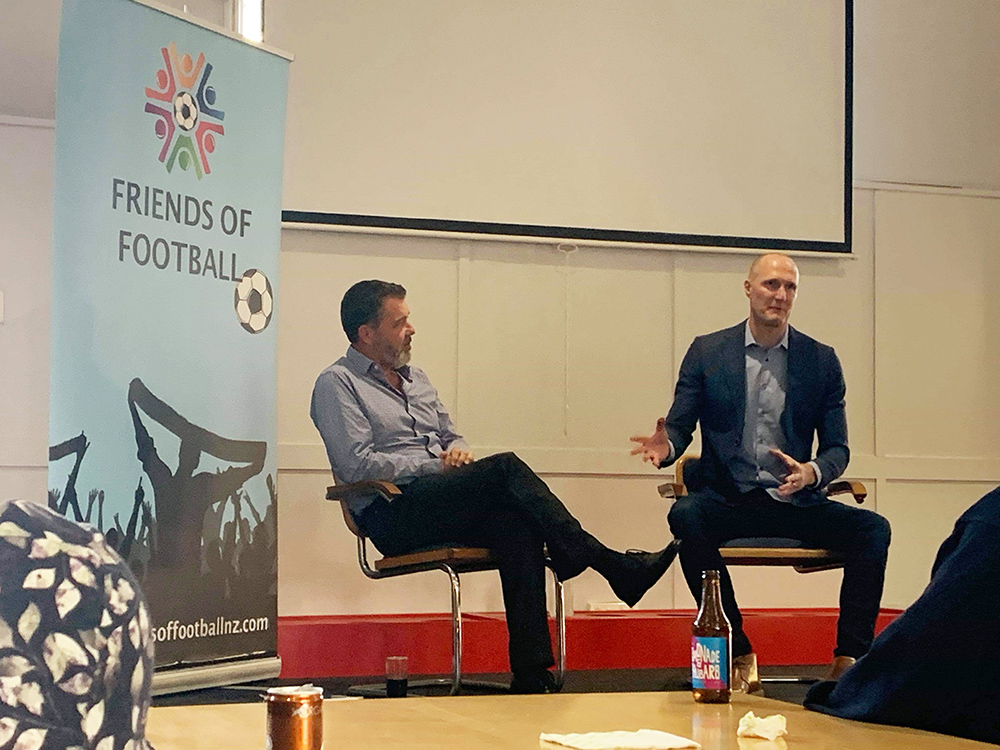 MC Andrew Dewhurst (left) with the All Whites coach at the 2019 Friends of Football Evening With Danny Hay.

Former All White Tim Brown could soon be at the helm of a multi-billion dollar...