The success of Wales at the EURO 2021 tournament has revived memories of a visit to New Zealand by their national team almost half a century ago.

While the current Welsh team includes international stars such as Gareth Bale and Aaron Ramsey, a squad of lesser-known players ventured to New Zealand in 1971.

They beat New Zealand 1-0 in dreadful conditions at a rainswept Newmarket Park, Auckland, on July 10, 1971.

The Wales team were built around a core group of players from Swansea City, Bristol Rovers and Wrexham, with none from Cardiff City who had toured New Zealand three years before.

The New Zealand team, roared on by 12,000 supporters who huddled beneath umbrellas on the terraces, featured a number of players who would become regulars during the 1970s – such as Ron Armstrong, Earle Thomas and Dennis Tyndall.

Probably the most successful Welsh player was goalkeeper Mike Walker, then with Watford, who later became the manager of high-level teams such as Everton.

EURO’s fixture: Wales play Denmark in their round of 16 match on Sunday June 27, having progressed from their group.

Main photo: This classic photograph from the 1971 game is published courtesy of football photographer Dave Barker. 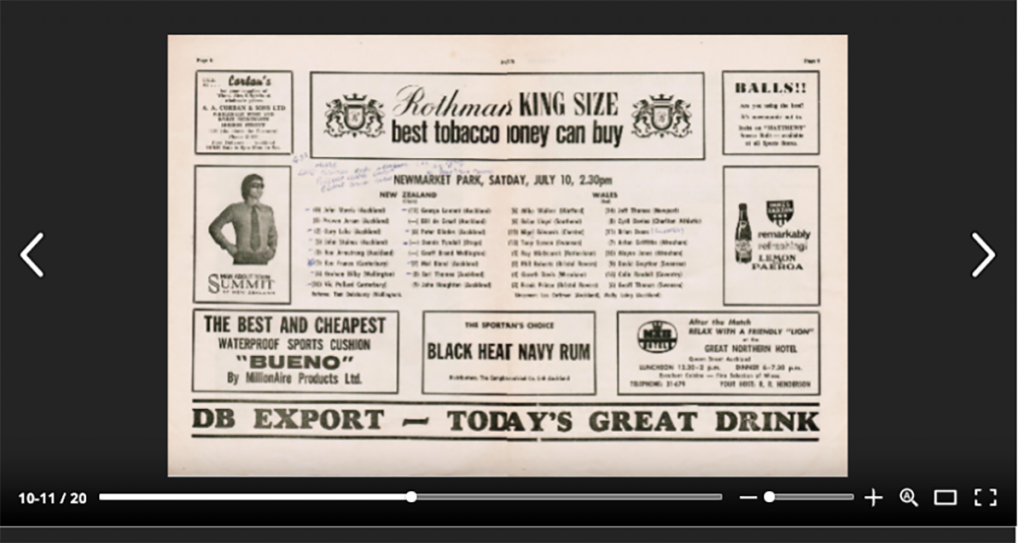 This digital version of the original publication has been reformatted by Friends of Football for future generations to enjoy.