Bay Olympic are the latest Auckalnd club to join with Friends of Football to co-host a special screening of an award-winning football film.

The Bafta-winning Marvellous was screened for members of Auckland club Bay Olympic by Friends of Football on July 31.

This movie has screened at the clubrooms of Takapuna AFC and Auckland United, receiving extremely positive responses from audiences. 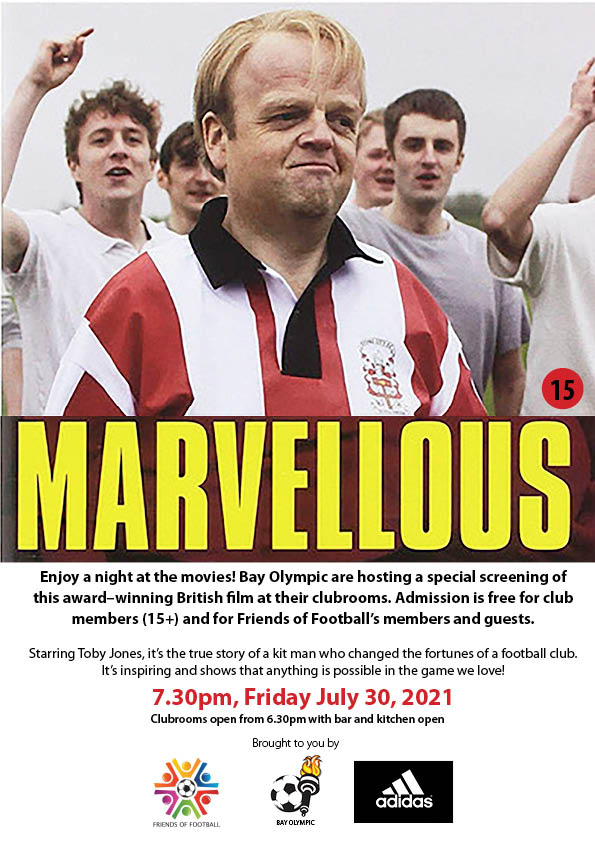