Auckland City could use their remaining fixtures to test a few on-field changes after clinching the new-look Northern League.

Head coach José Figuera told the club’s website: “We may experiment with a few things in the next three games now the league title is wrapped up. We’ve had one or two injuries, suspensions and illnesses in recent weeks and not had our full quota of players available and hopefully, that should clear up.

“We’ve got an opportunity to look at everyone and stake a claim for a place ahead of the National League Championship phase.”

The Navy Blues secured the title, despite losing 4-3 to Birkenhead United, as other results went their way on Saturday (August 14).

“It’s a strange feeling to win the league and have a disappointing performance and result but the league is measured over the course of a whole season and its only our second loss.

“The players deserve to be champions on merit and the table reflects that fact. Its great to secure the title as it was one of our objectives for 2021 and we’ve achieved it,” Figuera said.

Meanwhile, the race continues to fill the last qualifying spot for the National League Championship.

Auckland United, Eastern Suburbs and Birkenhead United look sure to fill places 2-4 on the table, unless their form nosedives, but Western Springs will need to keep up their form to repel any late challenge from sixth-placed Bay Olympic. 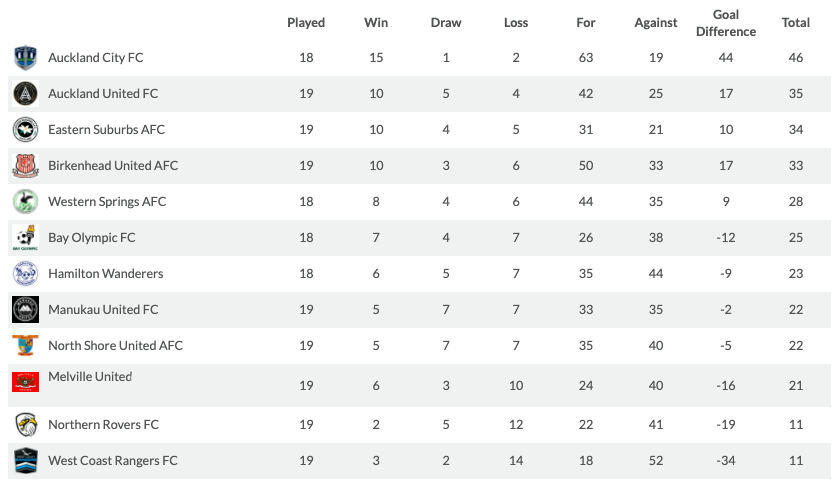