Former All White and New Zealand football Player of the Year Ian Ormond has died in Auckland, aged 72.

Ormond was widely considered to be one of the best New Zealand players of his generation whose mercurial talent with the ball was accompanied by a preference to shun the limelight.

Born in Harthill, Scotland, Ormond emigrated to New Zealand with his family in the early 1960s. His father Bert became the captain of the New Zealand team in 1964 and went on to become one of the country’s most successful club coaches.

Ian Ormond briefly flirted with a career in professional football, travelling to England for a stint with Football League club Barnsley in the late 1960s, playing only once before heading back to New Zealand to begin what would become an illustrious business career.

In 1970, Blockhouse Bay won the inaugural National League and the Chatham Cup with Bert as coach and brothers Ian and Duncan as key players.

In 1971, Ian Ormond made a spectacular debut for the national team, scoring a hat-trick against New Caledonia in the first of 10 full appearances for his adopted country. Click here to read the match programme >>>>

In 1972, Ormond was named NZ Player of the Year, earning plaudits for his ball control and crowd-pleasing dribbles through opposing defences. Click here for full list of winners >>>>

While many hailed him as the star player of the time, he demonstrated an ability to buck the football system, declining to play for Auckland while the rep side was coached by Ken Armstrong, saying he considered rep football to be an anachronism. 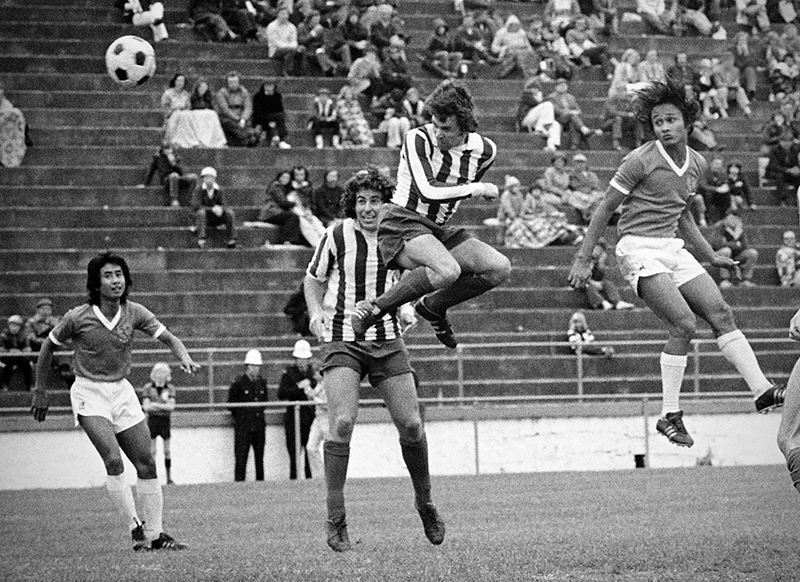 Photo: Ormond’s athleticism produces a goal-bound header in a rare appearance for the Auckland rep side, against Indonesia in 1975. Image: Dave Barker.

As a footballer, he was self-critical, stating in a 1974 interview: “I’ve never had the right temperament to make a good footballer. I’m not a good worker for the ball. I don’t like getting the ball with my back to the defence and I don’t like back tackling.

Ormond’s reluctance to play for Auckland harmed his chances of selection for New Zealand and despite starring on a tour of South East Asia, he withdrew from the national squad on the eve of the 1974 Oceania tournament citing personal reasons. 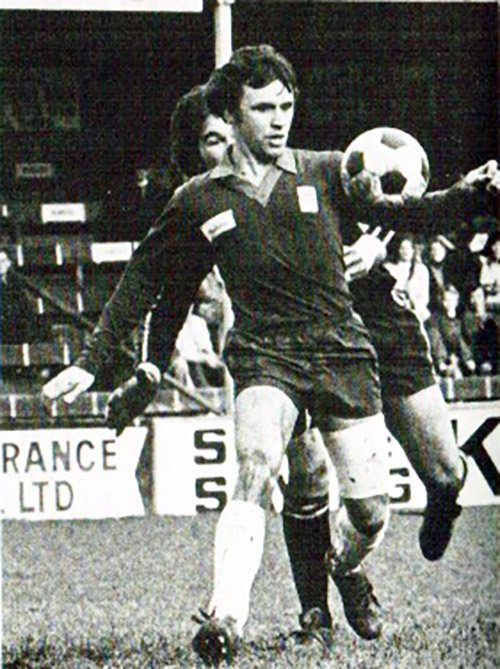 Visitors to Auckland’s Newmarket Park in the 1970s never knew which Ian Ormond would turn up – the enigmatic baller who could glide past defenders or the disinterested figure going through the motions.

Sometimes, you could see both Ormonds in one game. In the 1975 Chatham Cup final between Blockhouse Bay and Christchurch United, Ormond began the game in electrifying form, inspiring the Aucklanders to a 2-0 lead within 10 minutes.

Ormond’s first 45 minutes was a masterclass in wing play, as he taunted his markers and pulled the Christchurch defence apart. He thrilled the crowd with a display that Christchurch coach Terry Conley later described as “masterly”.

In the second half, after a couple of brutal tackles, Ormond drifted to the sideline, his impact on the game waning as the game wore on. Bay lost the game 4-2 after extra time.

At his best, Ormond was a hugely talented player. The fact he could be ordinary as well just added to the mystery, and to his fan appeal. Even his name was up for debate – was it Ian or Iain? (His birth names were John Lambie but he answered to both Ian and Iain and didn’t seem to care much which was used).

Importantly, he leaves behind memories of the 1970s, a decade when football found its feet through a national league that drew thousands of spectators to grounds like Newmarket Park to watch star players of which he was one of the best.

New Zealand football will long benefit from the legacy of the Ormond family.

Ormond’s contribution to football has been acknowledged by many former players and fans.

“What a talent! He had such an incredible effect on our game in New Zealand – such wonderful skills.

“Ian was a gifted footballer with silky dribbling skills and a great eye to putting the ball in the back of the net.

“I’m not sure why Ian did not figure in more New Zealand team selections but I hold him in the highest esteem when I look back at the best players during that period.”

Turner said the Ormond family’s contribution to New Zealand football was immense and Ian’s role helped popularise the sport for spectators who wanted to watch players with exceptional talent. 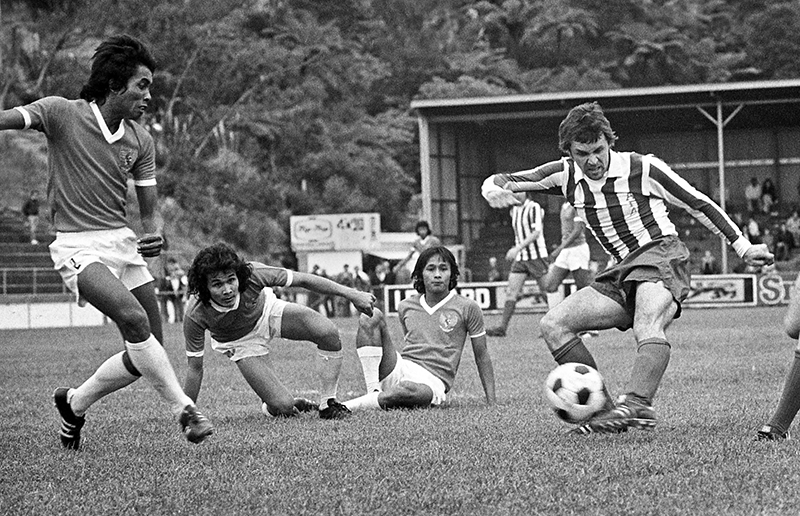 Photo: Ormond leaves a trail of defenders as he lines up a shot for Auckland against Indonesia at Newmarket Park in 1975. Image: Dave Barker.

Death notice from the NZ Herald:

ORMOND, John Lambie (Ian). Passed away peacefully at Mercy Hospice on the 8th of October 2021, aged 72 years. Much loved husband of Christine and father of Jon and Lauren; beloved grandfather to Will, Johnny, Dylan, Asher, and Amos; loyal brother to Duncan and brother-in-law to Ruth; loving father-in-law to Ron and Josephine; uncle to Janine, Danette, James and Vicki; and friend to so many. “Just a line of fond remembrance; Just a memory, fond and true; As long as life and memory last; We will remember you.” A private family funeral service has been held, and a Commemoration of Life service for Ian will be held at the All Saints Chapel, Purewa Crematorium, 100 St Johns Rd, Meadowbank on 10 December at 2.00pm, subject to applicable Lockdown Rules. You may contact Christine at christine@gregory.net.nz for details. 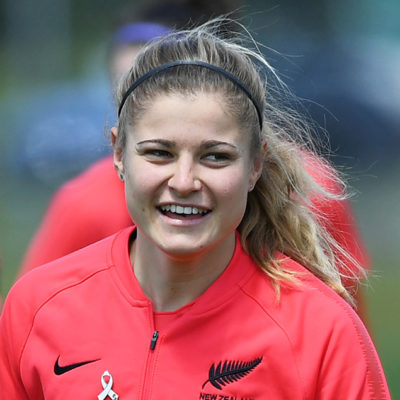