Sumner, who died in 2017 after a long battle with prostate cancer, was a key figure in the formation of The Centre Circle in 1998.

Other former All Whites, including Bobby Almond and Alan Stroud, were also part of The Centre Circle, the aim of which was to raise and provide funds for junior football in the Canterbury region.

In 2004, the organisation went into a hiatus for a number of reasons but one of Sumner’s last wishes was to see it rise again and play a key role in Canterbury football once more.

“In 2015, our good friend and team mate Steve Sumner was diagnosed with cancer and, for the next 18 months, he fought like the warrior he was to try and beat it,” explains Almond, who joined Sumner in the legendary 1982 All Whites squad that competed at the FIFA World Cup in Spain.

“During that time and in one of the many communications we shared, he asked me if I would start up The Centre Circle again and, in his words, ‘make it great again’.”

As a result of Sumner’s request, a few of the original members got together to discuss reforming the organisation and that process was completed when The Centre Circle became an incorporated society in 2017.

The newly re-formed Centre Circle has the support of Mainland Football with CEO Julian Bowden fully endorsing the initiative.

“Julian was very supportive and sees the Centre Circle as providing assistance to a vital part of the football community, without compromising the strategic plan and services of Mainland Football,” Almond says.

The aims of the new Centre Circle mirror those of its previous version with the funds being raised through social and corporate events.

“In essence, we want to help our young footballing girls and boys of Canterbury,” Almond says.

“The reformation of the Centre Circle is particularly poignant in that Steve was our chairperson and driving force behind the original group. We are humbled and privileged that we could make his wish come true.”

How The Centre Circle started 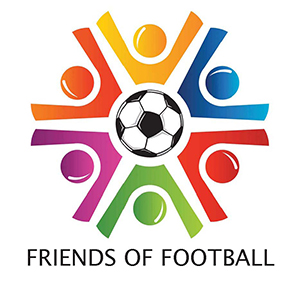 Friends of Football, who are primarily Auckland-based, and The Centre Circle, from Canterbury, intend to help each other achieve their common aims.

This includes invitations to each other’s events and gathering for football events (such as international games) when we can.