The Wellington Phoenix have almost completed their squad recruitment for their inaugural season in the Women’s A-League.

The club has announced 19 signings so far – including two scholarship players – as head coach Gemma Lewis and assistant Natalie Lawrence put together their squad due to go into action in early December.

Six of the Australian players have been signed, meaning the last spot on the roster will go to an Australian.

The squad is youthful, with an average age of 19.

Alfeld played last season for the Perth Glory, one of seven New Zealand players who played in last season’s A-League. She previously spent four seasons at Louisiana State University in the United States.

Edwards has played age group international football for Australia but is also eligible to represent New Zealand and is young enough to play at new year’s U-20 Women’s World Cup. She has been developed by the Football NSW Institute.

Taylor played for the champion side Canterbury United Pride in the 2020 ISPS Handa Women’s Premiership.

Martin is the most experienced A-League player signed by the Phoenix, having played 40 matches in spells with the Newcastle Jets and Melbourne Victory over the last five seasons.

Rue has played 75 matches in the NSW NPL Women’s competition over four seasons for the Football NSW Institute, scoring 19 goals.

Vosper has played for New Zealand U-17 and U-20 sides. She played for the Northern Lights in the 2020 ISPS Handa Women’s Premiership.

Barry was a member of the bronze medal-winning team at the FIFA U-17 Women’s World Cup. She played for the Northern Lights in the 2020 women’s Premiership.

Knott is a former Rangitoto College student who moved from New Zealand to the United States in 2014 where she played four seasons at Georgetown University. She then played for Durham Women FC in England, competing in the FA Women’s Championship. She played her last two seasons with the Northern Lights in the ISPS Handa Women’s Premiership.

Jale is a member of the New Zealand Football Ferns with four caps and two goals, after playing U-17 and U-20 age group international football. She has played club football for Eastern Suburbs and Bay Olympic and at Wake Forest University in North Carolina.

Jones is a product of the Football New South Wales Institute and has represented Australia in age group internationals.

Walker has been based in New South Wales since 2017, making 100 appearances and scoring 10 goals in the NSW NPL Women’s competition. A New Zealand U-17 international, she spent last season with the Newcastle Jets Academy.

Pritchard has played for New Zealand U-17s and played three seasons for the Northern Lights in the ISPS Handa Women’s Premiership.

Jasnos, who has played for the Junior Matildas in age group internationals, has spent most of her youth career with the Newcastle Jets Academy.

Wisneski was the Player of the Tournament at the 2019 OFC U-19 Women’s Championship and a member of the third-placed New Zealand team at the 2018 FIFA U-U-17 Women’s World Cup. She has played for WaiBOP in the ISPS Handa Women’s Premiership.

Brown was another member of the successful New Zealand squad at the 2018 FIFA U-17 Women’s World Cup and scored 13 goals against Samoa in the 2019 OFC U-19 Women’s Championship.

The Phoenix have been given dispensation to sign two scholarship players who will train with the A-League squad. They are:

She has played for Canterbury United Pride in the national league since 2019 and in 2020 played for Coastal Spirit in Mainland’s WPL competition.

Lancaster, from Napier, made her national league debut for Central Football in 2018 when she was 15. She was Central’s female Player of the Year last season. She played her most recent club football for Palmerston North’s Marist FC who finished second in the W-League.

Lewis is a former Wales international who played in the top flight of the English women’s game with Cardiff City and Chelsea before emigrating to New Zealand.

In 2017, she coached Auckland to the National Women’s League title and in 2018 she was selected by FIFA to be part of an elite coach mentorship programme, which saw her mentored by Japan women’s team head coach Asako Takemoto.

Lawrence has been the Future Ferns Domestic Programme (FFDP) and U-20’s Assistant Coach and Coach Educator/Mentor at New Zealand Football, where she led the implementation of both the Talent Development Programme and the Girls Talent Acceleration Programme.

Lawrence gained crucial experience in the United States and Canada – as the Vancouver Whitecaps REX U-16s Head Coach and Academy Head Coach – and in New Zealand where she has been Head Coach of the Capital Football squad in the National Women’s League and Team Wellington’s Youth Head Coach.

The Phoenix will play their first ever A-League Women’s match against Western Sydney Wanderers on December 3, 2021 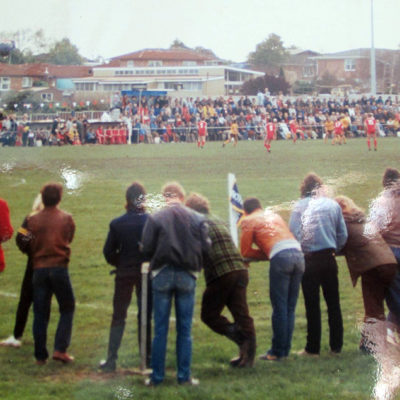