A group of New Zealand football enthusiasts are using all they know about the game in an effort to challenge for a world title in Fantasy Premier League, the sport’s largest fan competition.

They are among the 27,500 New Zealanders taking part in the Fantasy Premier League, a global contest to identify the manager who can select and trade a virtual squad of players in the English Premier League.

More than eight million fans are playing FPL this season to win prizes and the admiration of fellow managers.

With so many playing the free-to-enter online competition – it’s based at https://fantasy.premierleague.com/ – anyone ranked in the top 8,000 can claim to be among the top 1% of players worldwide.

The international appeal of FPL is demonstrated by those who take part.

The current world leader is Norwegian Ola Hovde, a Liverpool fan who has held top spot in this season’s league since November.

One prominent player is world chess champion Magnus Carlsen (30), a Norwegian who came 10th last season and now ranks about the 30,000 mark with the EPL season more than halfway completed.

A Liverpool fan, Cruickshank has dramatically improved on his performance last season when he finished outside the top 5 million players.

Thomas Smy
3rd in NZ, 1,114 in the world
Supports Everton
No previous participation in FPL

Justin Keown
6th in NZ, 2,805 in the world
Supports Tottenham Hotspur
In his eighth season of FPL, this is the first time he’s got into the top half million

Paul McKenzie
8th in NZ, 3,478 in the world
Supports Everton
This is his 12th season of FPL and he has an impressive record with four past world rankings in the top 5,000

Richard Clark
9th in NZ, 3,624 in the world
Supports Manchester United
Made his FPL debut last year with an impressive first-up ranking of 42,023

Michael Smith
10th-equal in NZ, 4,404 in the world
Supporters Leicester City
This is his 11th FPL season and the first time he’s appeared in the top 100,000

One of New Zealand’s most accomplished FPL managers is Cambridge-based Alex Ball who frequently writes for FPL sites and guests on various podcasts.

Currently poised in 16,809th place, Ball has been climbing up the rankings since GW8 and is on track for another decent placing.

Our past world champion

New Zealand’s main claim to FPL fame was the achievement of Wellington’s Adam Levy who took the world title in the 2018-19 season.

The 55-year-old Wellington lawyer, who supports the Phoenix and West Ham United, beat more than six million FPL players around the world to clinch the title at his sixth attempt.

His win earned him prizes including a week-long trip to the United Kingdom to be a VIP guest at two Premier League matches.

This season, Levy is struggling.

After 23 gameweeks, his Maximinamino side sits in 2,090,882 place, and that’s the highest he’s achieved all season. He’s behind almost 8,000 other New Zealanders in the competition.

When he was crowned best in the world, Levy was in much demand as an interview subject. Asked by Fantasy Football Scoutcast, a leading FPL site, to provide advice to other players, Levy said:

“Work out for yourself a consistent approach to dealing with the overwhelming mass of information and opinion that’s out there.

“There’s nothing wrong with that information and opinion, there’s just too much of it for one human brain.

“Go out there having decided what it is you’re looking for and don’t get distracted by every passing stat and tweet.”

How to play Fantasy Premier League

At the start of each EPL season, entrants select a squad of 15 players (2 goalkeepers, 5 defenders, 5 midfielders, 3 forwards), each of whom have been allocated price values.

As an FPL manager, you start the season with a budget of £100 million.

Each week, you nominate your starting 11 and a captain (who receives double points). You accumulate points for each player depending on performance – such as for scoring goals, creating assists or achieving clean sheets.

You can make transfers and the worth of your players can increase or fall, depending on their market value.

It’s never too late to have a go

If you’ve never played FPL before, now is the ideal time to start.

You can enter at any stage and while you will have no chance of reaching the upper rankings this season, you can spend the rest of the season experimenting with your squad, team structure and tactics and generally learning how it all works.

Then you’ll be all set to go for next season! 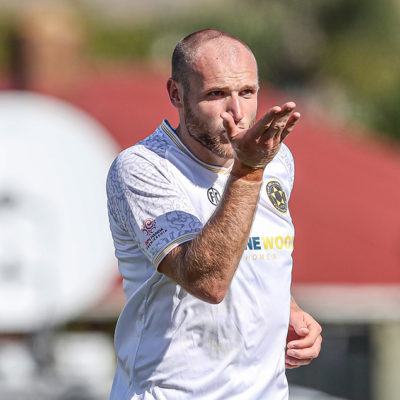